The Land of the Cossacks

Located in Central Eastern Europe, Ukraine (“Україна”) represents the largest European country by territory in that part of the world. It gained its independence from the Soviet Union in 1991.

Because of its fertile and rich farmlands and agriculture breadbaskets, the country is one of the largest exporters of grain internationally. The geography spans over fertile terrains, plateaus, 2 mountain ranges, and rivers that flow into the Black sea (including the Dnieper and Seversky Donets rivers).

The 14 million visitors to Ukraine attracts yearly journey to the country to visit undiscovered regions and historical sites, including castles and palaces. Tourists can see a diversity of sites, including places-of-interest, such as the Leonid Utesov Monument and the Potemkin Steps.

Ukraine also boasts some of the worlds’ most magnificent religious buildings, including churches, monasteries, cathedrals and similar architectural masterpieces. For anyone who likes the great outdoors, the Carpathian Mountains offer adventure seekers an array of watersports and hiking and skiing activities.

Influences of Russia and Western Europe

The Capital of Kyiv

The social transformation resulting from the country’s independence can be seen in the country’s capital, Kyiv, which features upscale stores and a fashionable area of modern art galleries and cafes, all which line the historical street of Andriyivskyi Uzviz. The capital’s airport has been updated as well, and provides a striking contrast with the way it once looked during the Soviet period.

If you are seeking a bite to eat, you can find plenty of restaurants in Kyiv and other locations in the Ukraine. For example, eateries feature Greek, Chinese, Continental, or other foreign specialties. Fast food restaurants and pizzerias are also becoming common throughout the country.

Traditional Ukrainian food includes dishes, such as cabbage rolls, varenyky (dumplings), borscht, shashlyky (kebabs), and studynets (a type of headcheese). Vodka and champagne complement Ukrainian fare on special occasions or during festivals. While chicken Kiev is regularly served in the Ukraine, it most likely originated elsewhere.

If you venture out to the countryside, you will still see horse-drawn carts and khatas (whitewashed homes made of thatch and mud). The country khata often holds traditional weavings, hand-sewn duvets, and overstuffed feather pillows – a cozy place to call home in Ukraine’s rural areas.

The wildlife in Ukraine is one that is as diverse as it is interesting. The country provides a home to 350 species of birds, over 200 species of fish, and more than 100 mammal species. The most common predators include martens, wildcats, wolves, and foxes. Hoofed animals include roe deer, elk, wild pigs and wild sheep known as mouflons.

If you like to fish, you will find plenty of fish to catch in the form of carp, perch, sturgeons, and pike. Raccoons, muskrats, nutrias, silver foxes, and beavers also inhabit the protected natural areas.

The country’s many nature and game reserves have been established to support the country’s conservation efforts and biological heritage. For example, Ukraine’s first nature reserve, Askaniya-Nova, started as a wildlife refuge. Today it safeguards a portion of the virgin steppe. About 40 mammals have been introduced into the area, including Przewalski’s horse and the onager (an Asiatic wild ass).

The Land of the Cossacks

You can’t mention Ukraine without talking about the Ukrainian Cossacks, who were instrumental in their roles in defending the country. The history of the Cossacks features 3 primary elements – their struggles against the Turks and Tartars in the steppe of the country and Black Sea area, their participation in Ukraine’s struggle against religious oppression, and their rebellion against the socio-economic injustices of influential Poles.

The Cossacks also played a role in building an autonomous state in Ukraine. Because of their ompact on Ukrainian history, the Ukrainian Cossacks are considered unique and separate from Russia’s Cossacks.

The Cossacks of Ukraine started appearing as an formal ethnic group in the 1400s. These adventurers began to appear on the country’s southern steppe during that time. The men in the martial society enjoyed fishing, hunting, and gathering honey.

By the 1500s, the Cossacks in Ukraine had formed a military organization that was democratic in nature. The group convened by creating a rada, or general assembly, as its primary authority, and electing officers, which included a hetman or commander-in-chief. Their headquarters was an armed camp by the name of Sich, located in the area of the lower Dnieper. Therefore, from the Cossack’s influence in Ukraine, the country became known as the “Land of the Cossacks”.

As you can see, Ukraine has an interesting history. Its diversity and sense of commitment to nature make it the ideal place for anyone seeking a true adventure. For example, some of the country’s major national parks include the Carpathian National Park and the Shatskyy National Park. Also, forest parks close to major cities in Ukraine play host to hiking, cross-county skiing, swimming, and picnicking.

Some larger cites feature urban cultural and recreational parks where theaters, reading rooms, and playgrounds mingle with wooded sites and gardens. Close to the city of Yalta, you will find the Nikitsky Botanical Garden. At the garden, you can find just about any plant from any place in the world.

The country is also noted for its health spas. Mineral springs can be found in cities, such as Bila, Poltava, and Kharkiv, while mud bath treatments are offered near the Sea of Azov and the Black Sea. Whether you wish to rejuvenate your mind and body or visit a historical site, Ukraine offers you a variety of choices to pass the time. Known for its unique character and cultural charm, Ukraine offers tourists with plenty to do as well as think about.

Things to Do and See

Ukraine is located in Eastern Europe and shares borders with the Sea of Azov, the Black Sea and 7 countries: Belarus to the north;  Hungary, Poland, and Slovakia to the west; Moldova to the south west, Romania to the south, and Russia to the north-east. The largest city in Ukraine is Kiev which also serves as its capital. Citizens are known as Ukrainians.

Like many European countries, Ukraine has a fascinating and complex history.  More recently, and since 2014, the country has been locked in a territorial dispute with Russia which annexed the autonomous Republic of Crimea and Sevastopol.  Notwithstanding these territorial controversies, Ukraine is the largest country in Europe and is comprised of 7 provinces, 27 regions and 24 provinces (called “Oblasts”), and one autonomous republic (the Republic of Crimea).  The country is further divided into 490 districts of regional significance and 459 cities that are granted status by the Ukrainian Parliament. 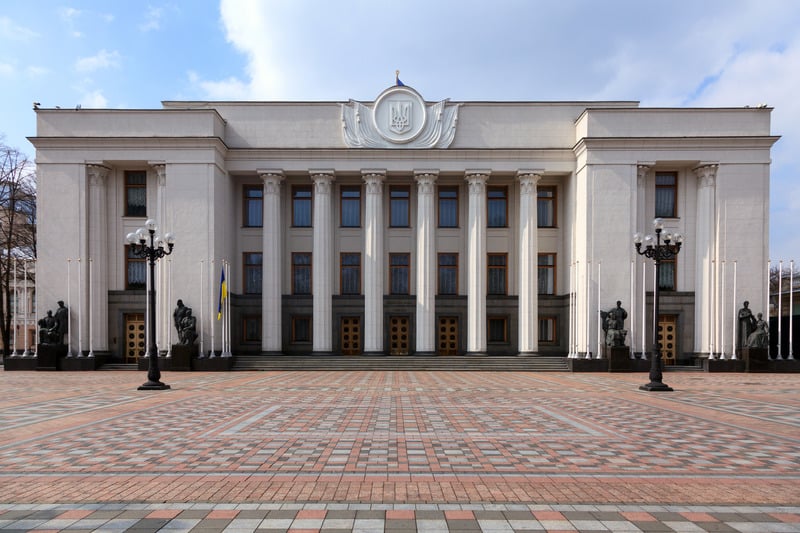 Below is our country profile containing facts and information to familiarize you with Ukraine.

Is it safe to visit Ukraine?

Most parts of Ukraine are safe for foreign visitors with no reported imminent or known dangers.  In the east part of Ukraine, however, notably around the areas of Luhansk and Donetsk there are ongoing reports of fighting zones resulting from armed conflict between political factions from Ukraine and Russia. Visitors relying upon reputable tour operators should be okay provide that they do not venture into such areas. For those seeking to visit or travel into Eastern Ukraine the utmost care must be taken in your country of origin to check with authorities before heading into regions that are known to be dangerous.

Where should I visit in Ukraine?

Ukraine has many wonderful destinations to visit for those seeking urban or recreational adventures across the country. For those wishing to explore cities and towns, Ukraine has hundreds of historical landmarks, attractions, and national treasures. Some of popular visitor spots include museums such as the Kiev Fortress or the National Museum of Chernobyl. Places like the one at Bakhchisaray Palace, monasteries and religious sites like Kiev Pechersk Lavra, places of interest such as Duke Richelieu Monument or performing arts centers and galleries such as the Artist Union Gallery in Kiev all offer unique and memorable insights into Ukraine’s rich culture and heritage.

What outdoor activities can I do in Ukraine?

For visitors preferring to plan a holiday around outdoor activities, you can choose to visit one of Ukraine’s 49 National Parkslike Podil’ski Tovtry. There are also forest reserves and wildlife sanctuaries such as the one at Yalta Mountain or the biosphere reserve at Askaniya-Nova. For skiers, Ukraine has unsurpassed skiing at Bukovel which is the largest ski resort in Eastern Europe.  Outdoor adventurists and outdoors men can trekthough the exotic forests of majestic mountain peaks. There are also many excursions for ecotourists to choose where visitors can explore protected plant zones where endangered wildlife such and protected species such as red deer, wild boarand wood grouse abound. For more information about destinations and travel ideas see our map and area guides.

When is the best time of year to travel to Ukraine?

With its mostly temperate climate, Ukraine weather and temperatures are mostly dependent on Atlantic Ocean weather patterns- except for Crimea which purports to have a climate resembling subtropical conditions. Most travelers agree that late the best time to visit is between the months of July through Mid-September, and in the late spring from April to mid-May. In the major cities such as Kiev, Kharkiv, and Lviv the temperature can range in summer season from 16° to 26°C (61° to 78°F) to a winter low and high ranging between -12° to -6°C (10°–21°F).  Due to its extensive mountain ranges and climatic patterns, annual rainfall can vary significantly between 1,250mm (49.4 in.) and 400 mm (17.5 in.).

How expensive is Ukraine for visitors?

Youth hostels and accommodations are plentiful with season prices ranging between USD$10 and USD$15 a night. In the larger cities and capital of Kiev, two to three-star hotel prices can range from $25 to $60 a night. Luxury, four start rated hotels and resort accommodations can be priced in the USD$150 to $300per night range.

Depending on your country of origin cost flights from most North America can range between USD$600 (low season) to USD$1300(high season). Travelers from United Kingdom and Europe (Paris) have many more pricing options especially with budget airlines. With flights ranging between USD$225 to USD$325.00. Advanced purchase gains superior pricing and discounts. Rental cars are available and bargains are to be found with prices as low as USD$15.00 a day. However, for higher season travel, daily rates will likely range between USD$35-$45, and weekly rates for economy often ranging from USD $190 to USD $250.

Dining out is very affordable with hearty and authentic Ukrainian meals at nice restaurants priced between $5 to $10 dollars each. Guided or unguided tours can be expensive pricey with prices hard to estimate. Some travelers have reported paying between USD $25 to USD $250 with weekly tour options and fixed fee itineraries plentiful and prices dependent upon hotel rating and cities visited. Make sure that your budget also includes for ample expenditures for other fees and costs such as entrance fees to national parks, museums, and historical attractions.

Do I need a visa to visit Ukraine?

Until recently, Ukraine allowed visitors to apply for a visa upon arrival, but that service changed in 2019. Generally, and depending upon your origin of travel and nationality, the visa requirements can be quite fluid. If arriving from one of six countries, no visa is required but for other countries a visa is required. In some cases, the traveler must also provide “proof of sufficient funds”.  The length of stay can be very broad and range between 14 days to 90 days.  Range. Visitors from the United States and Canada do not need a visa for up to 90 days within a 180 day period. For all travelers, it is strongly recommended that you determine and secure the required documentation before attempting to enter Ukraine. For more information see, the government’s official website.