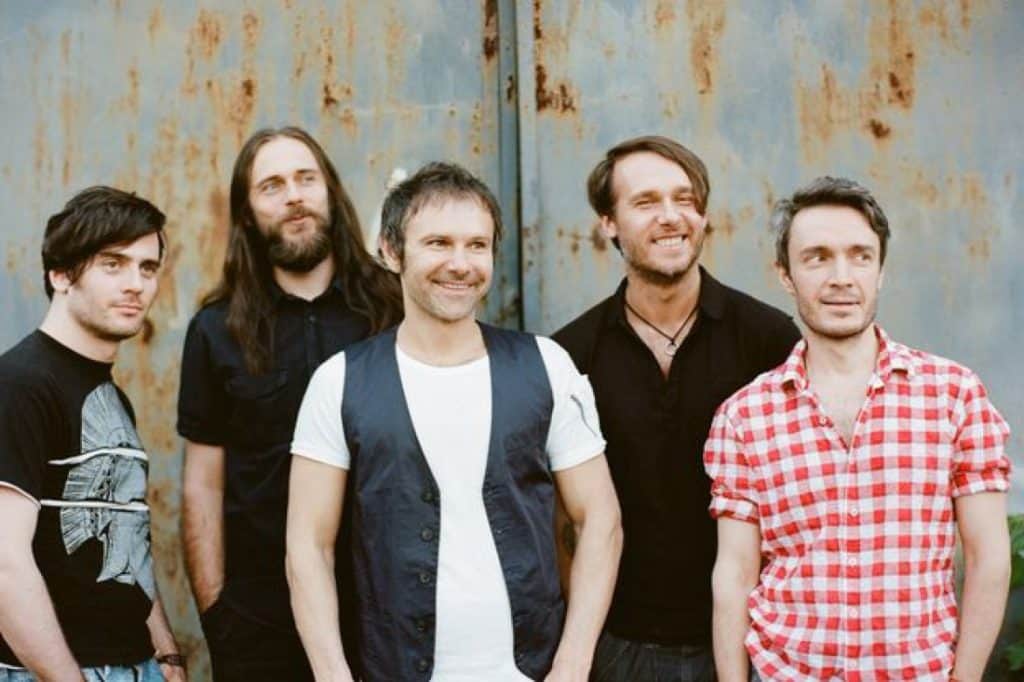 Formed in the city of Lviv in 1994, the band Okean Elzy has gathered a following of fans throughout Ukraine and beyond its borders with music and lyrics that resonate with the band’s audience. The five members of Okean Elzy are Slava Vakarchuk (vocals, songwriter), Denis Glinin (drums), Denis Dudko (bass guitar), Milos Jelic (keyboards, arrangements) and Vladimir Opsenica (guitar) and their studio albums include Tamde nas nema (1998), Yan a nebi buv (2000), Model (2001), Supersymetriya (2003), Gloria (2005), Mira (2007), Dolce Vita (2010), and Zemlya (2013).

Having spent the best part of 1994 practicing and refining their music, Okean Elzy performed on the same stage as the legendary band Deep Purple at a European music festival in 1996. In September of 1998 they released a music video of their song Tam de nas nema and became the first band from Ukraine to have their video broadcast on MTV-Russia and French music TV channel MCM. Today, the band’s music videos are popular several television music channels. Released in late 1998, the band’s debut album Tam de nas nema was well received and brought them to the attention of the music loving public.

From May 1999, Okean Elzy became a regular feature at music festivals, moving from supporting act to headliners. The band’s second album Yan a nebi buv was released simultaneously by Nova Records in Ukraine and Moscow Real Records in Russia on February 21, 2000. The band’s third studio album, Model, was released in 2001 and coincided with their Vimagai Bil’shogo tour. Subsequent albums have all been eagerly received by fans and the band’s concerts have been sold-out successes. When the album Mira was released in April 2007 it sold 170,000 copies on the first day and the supporting concert tour drew audiences of over 140,000 fans. Their 2010 album Dolce Vita was accompanied by a year-long tour of Ukraine, Russia, Western Europe and North America.