In the article on folk music, we told about the fact that the carols and shchedrivky songs still have not lost their popularity among Ukrainians. They both continue to be sung on New Year's Eve and Christmas, and also Ukrainians come up with new musical adaptations for old folk motifs. Such songs are performed by pop singers as well, both in their original form and in the modern one. 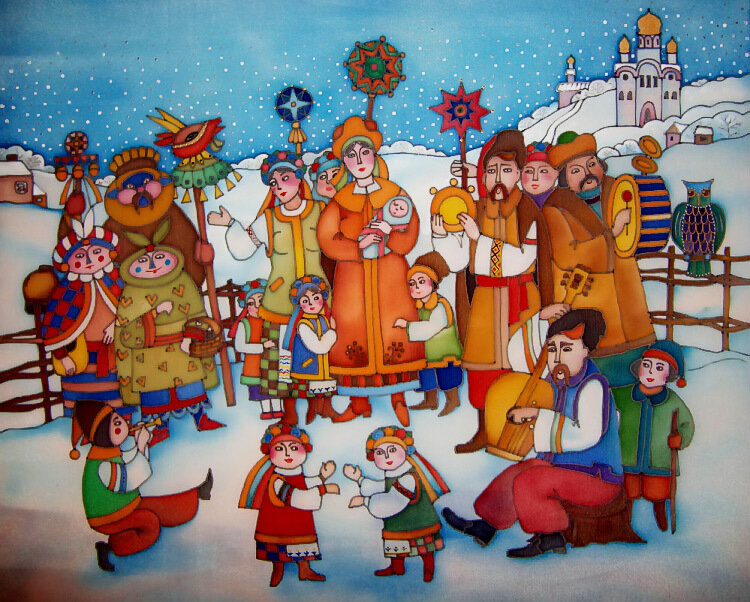 We can say for sure that the most popular Ukrainian folk song at the moment is a shchedrivka song «Shchedryk» written by Mykola Leontovich. Its popularity has left the borders of Ukraine a long time ago and is currently used far beyond in the original and translations.

The most famous films and cartoons in which Leontovich’s masterpiece sounds are: “Home Alone”, “The Simpsons”, “Family Guy”, “Harry Potter”, “The Adams Family” etc.

Moreover, one of the most popular performances of «Shchedryk» is one of the NBA players made by the sound of balls.

In Ukraine, this song is still deeply appreciated, and one of its bright performances was recorded by the participants of the TV project “Voice. Kids” without using phonogram or instruments, exclusively with the help of the voices of kids.

We can say that singing of carols and shchedrivky songs is one of the most favorite traditions for children on New Year’s holidays. At schools, children often learn the lyrics of carols and shchedrivky songs by heart, so that they can amaze with the diversity the listeners. This is a kind of Halloween for Ukrainian children, because they also visit neighbors and sing, receiving candies, fruits or small money as a reward. Often adults also join children, because in this way they can congratulate and make happy their relatives and neighbors.

Traditional performances of carols and shchedrivky songs are greatly shown in films, for example, “Evenings on a Farm near Dikanka”: