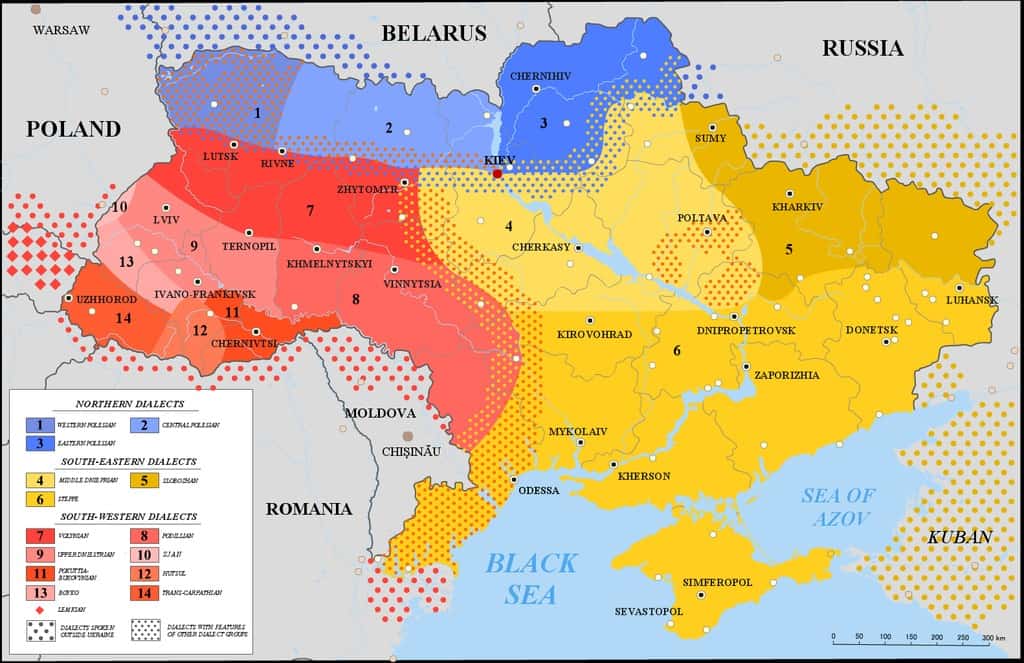 As one of the largest crossroads in Europe, Ukraine has a diverse array of spoken languages. More precisely, Ukrainian people speak mostly Russian and Ukrainian languages and about dialects including about the same number of subdialects.

Of course, Ukraine’s official language is Ukrainian, which is spoken by roughly 55% of the population. However, almost 75% of Ukrainians avow the Ukrainian language as national and would like to start using it instead of Russian.

Ukrainian is a Slavic language and it uses a Cyrillic alphabet when committed to written form. Foreigners may find the language incredibly difficult to understand or learn. If you have some free time, feel free to look at the Ukrainian alphabet but please do not get scared ?

The Ukrainian language can be traced back to the Old East Slavic language which was used in Kiev Rus. The most noted political interference in the usage of the language occurred during the nineteenth and twentieth centuries when Imperial Russia imposed a ban on the language. However, the language survived due to a large number of Ukrainian people who continued to speak it in the rural parts of Ukraine, that predominated.

The language successfully survived even during the bans as Ukrainians continued to enjoy folklore songs and the works of various great poets, like world-known “Kobzar”.

Imperial Russia may not have been able to exterminate the Ukrainian language from the land, but they did have a strong influence on the country. Today Russian speakers make up the second largest language group in Ukraine – though they occupy a relatively small percentage when compared to those who speak Ukrainian.

Below, you may find a video additionally explaining the usage of Russian language by Ukrainians:


Other languages spoken in the country include Romanian, Polish and Hungarian, but these minority languages are spoken on a very small scale.

If you are interested in this fascinating language, please check our Facts about the Ukrainian language.